Sick of Doing Dishes? See How Fractions Are Surprisingly Helpful.

It was a crisp fall day.  As I gazed out my office window, I could see our tree was almost done dropping its leaves.  In the distance, there was a low whine from an old red Honda motorcycle.  He was coming.  That motorcycle is so cool.  I secretly wish I had one when I was 15 like Steven.

My kids all began to smile.  He was a rebel of sorts and all three of my boys thought he was so . Each time he came for tutoring,  he drove his motorcycle from his house a few streets over to ours even though he only had a driver’s permit. 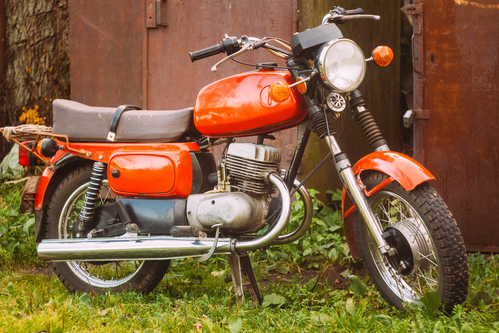 The boys rushed to the window to watch him pull into our culdesac.  I smiled from ear to ear as I watched him detach bungee cords from his motorcycle to grab his math textbook.  I still can’t believe this kid has a teacher that is using textbooks!

He spies us in the window and smiles back.  I open the door only to be greeted by the smells of gasoline.  My boys scramble and Steven wanders into my office.  He plops down his books and says, “Welp.  I am clueless about how to do this crazy math.  I am dividing polynomials, by polynomials!”

I pull up a chair next to him and wait as he flips to his polynomial chapter.   this kid smells like gasoline.  He begins to ramble as he attempts to tell me how he thinks he does it.

Looking at the examples in the books, I see immediately what he doesn’t.  Fractions.  There they are, hiding in all the letters and numbers.

“Steven, these are fractions.  Like 6th grade fractions.”  He takes a glance at me and then nods his head like a , not sure if he understands or is confused.   “Yeah, but — I just don’t see how they get from here to here,”  he blubbers out while pointing to the example and tapping his pencil.

I stop his rambling by asking him to watch me as we go through it step-by-step. The marker squeaks against the whiteboard as I write, then arrive at the answer.  His eyes jump to mine and his mouth gapes open.  “How did you do that?  That seems like magic!”

I sit a little taller.  Yeah, a magician.  That’s what I am.  Laughing at his remark, he eagerly asked again how I did it so quickly.

I explained that he isn’t understanding something basic:

fraction rules apply even to polynomials.

All those letters and numbers above the fraction bar represent one quantity.  Same with the denominator. 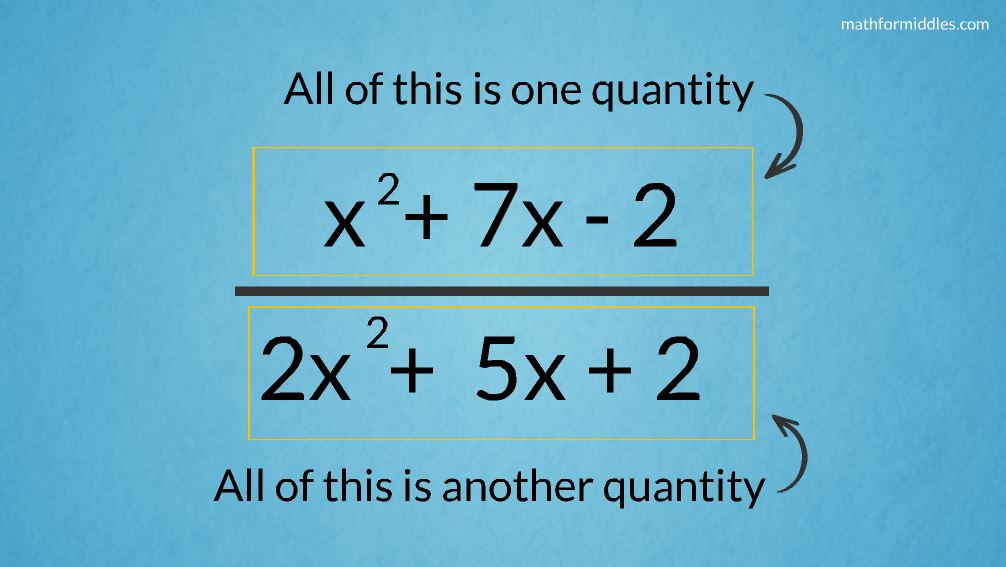 Starting that day, I taught Steven the rules for fractions.

Over the years, I have never said out loud to a student, “Welp.  Looks like you’ve got fractions down.”  Not once in 10 years. Across the board, fractions confuse kids and adults.  But fractions are crazy useful.

How Fractions Get You Out of Doing Dishes

it means any number over itself is the same as one.  For example, 2/2 is equal to one.

So how does that help you get out of dishes?  Copycat One helps out here.

Baking chocolate chip cookies is one of our favorite things to do.  I only use one measuring cup for my dry ingredients.  You see, I am mega lazy in the kitchen and math helps me get out of doing dishes.

There are three dry ingredients I need to measure:

Which measuring cup do I pull out?

Because I can convert all of my measurements from one to the other. 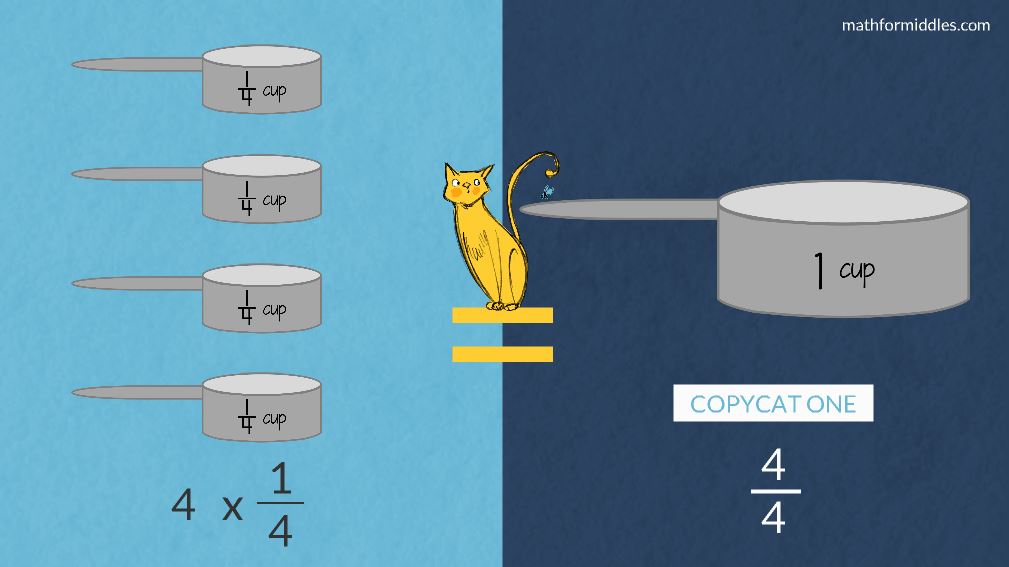 This little kitty gets me out of dishes all the time.

Now getting 3 cups of flour using a little quarter measuring cup seems like a pain, but really I’d rather do more scooping than washing. 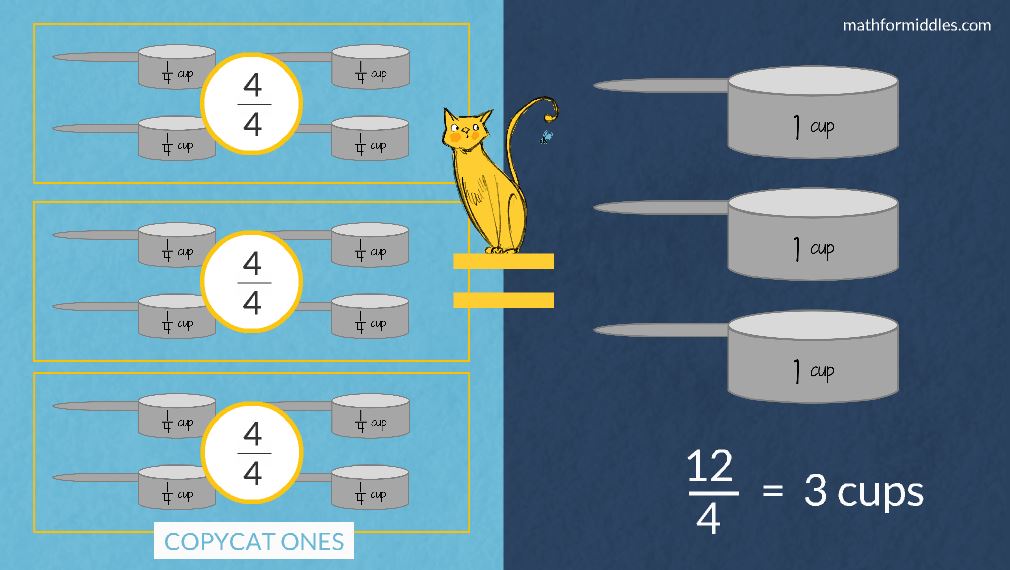 You may be thinking, “Okay–this lady clearly has too much time on her hands.”

I’m bobbing my head in agreement here, but fractions save me time!  You’ll do dishes by getting fractions on your side during your measurements.  And who doesn’t like to do dishes?

My method of teaching fractions has worked so well that I have created an online course to students.

Check out all of our online services here: madeformath.com/services

As for Steven?  Learning the fraction rules made doing that polynomial work easier.  Once he had them down, he was able to swiftly get through his work and get an A on his test.  I wonder if fractions could help me get a red motorcycle like his.  That would be rad.