Meet a Statistician with Dyscalculia: Dylan Lynn’s Journey as a Mathematician (Ep 8)

If you had a math learning disability like dyscalculia, would you choose to go into a career revolving around mathematics? Would you be able to withstand working in one of your greatest weaknesses?

That’s just what Dyan Lynn decided to do when she pursued her career in statistics. She learned to advocate for herself throughout her college years and followed her dreams to become a statistician.

Watch our interview with Dylan and see her unique journey to becoming a statistician with dyscalculia.

Meet a Statistician with Dyscalculia (Ep 8)

Looking back at the early signs

The Path to the Math

What are Acceptable Accommodations?

Graduating with a Degree in Statistics

Message to Parents of Dyscalculic Children

Dylan Lynn told her high school teacher that she would one day become a statistician. He chuckled and told her she didn’t want to be a statistician (coming from someone who studied pure math). A fleeting thought turned into a career and passion for Dylan who was met with repeated obstacles on her journey to getting her statistics degree.

Her Learning Disability wasn’t her only hurdle–she had to jump through hoops to get the help that she needed and learned to fiercely advocate for herself to become a statistician with dyscalculia.

Looking back at the early signs

Dylan was top of her class in just about everything except for math. She skated by because most people would say things like “Math is hard” or “Math just isn’t your thing”. She got to fractions in the fourth grade and felt like, “a ton of bricks hit me and I was struggling.” Looking back now, Dylan recalls that she wasn’t able to read an analog clock and couldn’t make sense of maps. She also struggled with multiplication above 7 but was able to put in the effort and get by. Later in high school, she was met with similar attitudes toward her struggle with math. She was told that she had to put in more effort and work harder.

Dylan took AP statistics her senior year. It was the first time that she ever enjoyed a math class. She liked that it was applied and had stories along with the numbers. It had visuals which helped Dylan because she was always interested in visual arts like painting, drawing, and sculpture. She remembers telling her statistics teacher then that she “might be a statistician someday”. 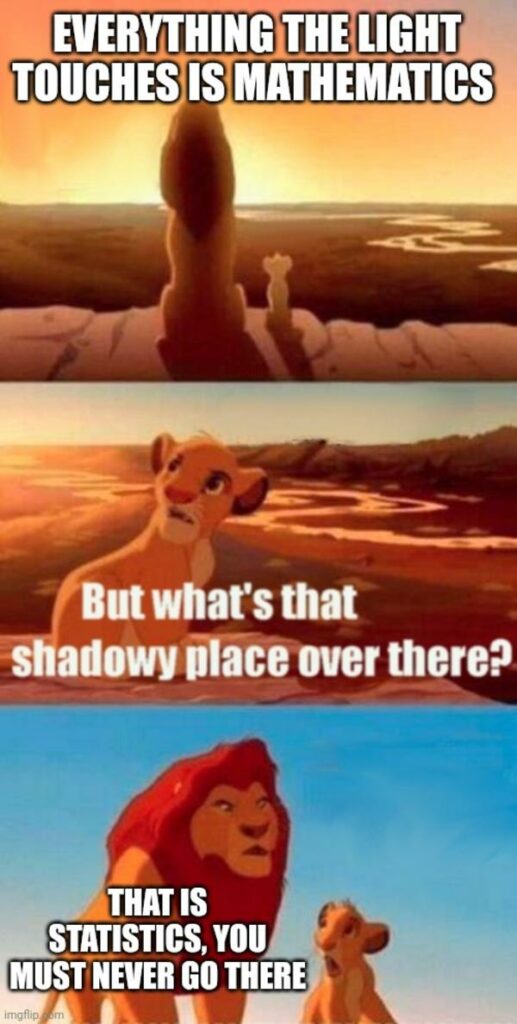 The Path to the Math

Dylan was always interested in people and their stories, so in College, she decided to major in political science. Her classes weren’t really resonating with her and after deciding to change her major, she told herself she was going to study “literally anything but math”. However, the more she thought about it, the more she liked the idea of statistics as a career.

In order to get a statistics degree, you have to take more math classes. These were the classes that Dylan really struggled with, but she decided to pursue them regardless. Taking calculus one and two made her feel the weight of her undiagnosed dyscalculia–given that she went to every office hour and put in the work to understand something that wasn’t being taught to her in the right way. One of her professors told Dylan,

So she dug her heels in and worked harder and still almost failed calculus. Dylan decided to talk to her advisor about some of the struggles that she was dealing with because she was barely keeping her head above water. He suggested that there might be something bigger going on and to look into seeing an educational psychologist. He knew that she was working extremely hard and had a deep understanding of the subject–she shouldn’t have been struggling as much as she was.

After transferring to Berkeley in her Junior year to learn more specialized statistics–Dylan failed calculus three and linear algebra for a second time. Dylan was drowning in math and decided to see an educational psychologist for a screener.

They found that for someone who was as far along in math as Dylan was, she shouldn’t be struggling with basic arithmetic this much. She also had some issues with auditory processing–if there was any background noise her comprehension fell flat. The educational psychologist suspected that Dylan was dyscalculic, but the tests that she was taking were designed for elementary-aged kids.

🎯 Want to learn more about how to get a diagnosis? Check out Dr. Wilson’s interview.

What are Acceptable Accommodations?

Dylan went to her advisor at Berkeley her first semester when she was close to failing her math classes and asked her what she should do. Her advisor told her, “You should probably drop out”. Dylan knew that she couldn’t do that as a Junior and her only other advice was to declare another major. Dylan would basically be starting from scratch if she did this and knew that this wasn’t an acceptable accommodation.

So, she went to the disabled students’ program and asked them if they could help at all–they gave her time and a half on exams, a quiet room to take them, and a four-function calculator. This helped some, but when you’re taking multivariate calculus it doesn’t go very far.

Dylan and Katie ended up co-collaborating on this paper and wrote about Dylan’s thought process surrounding math concepts. Dylan’s hope was that since she didn’t receive adequate accommodations for her dyscalculia, maybe her story could help others struggling with the same things. At the time, Dylan wasn’t able to get any information about her math learning disability, which made it extremely hard to juggle her degree program in statistics. The attitude was that if you’re not good at math then you just don’t take math.

Graduating with a Degree in Statistics

To get through school, Dylan developed an extensive note-taking system and created her own resources to help with her dyscalculia. She stumbled over how different symbols can look the same but mean completely different things. In classes, the same symbols would come up with different definitions so she would have to go in and readjust her notation library. Dylan also used special notebooks, and certain-sized graph paper, color-coded her notes, and only used mechanical pencils.

She paid out of pocket for graduate-level tutors in math because there were no accommodations in college for dyscalculia outside of the advice to not take math.

Dylan would write down notes during her class and then later ask her tutor to translate math equations into written language so she could understand. As a graduate-level tutor and brilliant mathematician–he struggled to put the equations into sentences. Dylan was able to do the math if she could write it into words but she was hung up on the notation.

Dylan found writing out the notation in written language helped.

While working with Katie, Dylan was finally able to, at 21 years old, read an analog clock and understand base 10. Katie presented Dylan with different tools that they use with elementary and middle school-aged students and the gaps in her math learning started to fill. This shows us that you can go far in math without learning and understanding the basics and there is always “unfinished learning in your math knowledge”.

Dylan went on to graduate from Berkeley with a degree in statistics, persisting through her math classes. Dylan kept trying despite taking multivariate calculus twice and taking linear algebra three times (a fourth time as a note taker). She was at the top of her class in every statistics class and really only struggled heavily with pure math.

It wasn’t an easy road for Dylan, but she kept going and earned her degree. As a graduate, Dylan has worked with companies like Lithium, Twitter, RedBubble, and Julep. After taking a break from the tech world, Dylan reconnected with Katie who is now a professor at the University of Washington. This got Dylan into the education space and as a result, she started tutoring.

She started teaching kids about fractions and percentages because she felt like she would have more of an impact on children than adults. Dylan was also able to use her background of finding unique pathways to solve math and make connections to help these students who were struggling with mathematics.

Message to parents of dyscalculic children

Dylan wants dyscalculia to have the same response that dyslexia has for a child. It shouldn’t be acceptable for children to be without basic math literacy or the ability to do everyday math. You need a base level of reading the same way you need a base level of math to be an independent and confident adult. Dylan wants parents to advocate for their children the same way they would if they were having trouble with their reading.

She also acknowledges that there is no one-size-fits-all when it comes to math education. She knows that it can be difficult for educators to teach kids with so many different modes of learning. As a parent, you have to push for something different if more of the same isn’t working for your child. Parents will have to research on their child’s behalf if the teacher doesn’t have knowledge about dyscalculia.

Kids can become so defeated when they’ve dealt with failure after failure in math. Using things they love in order to make math feel like riding a bike or like reading. A neutral activity that isn’t negative or something you avoid. We need to bring joy and fun back to mathematics so our children can build confidence in day-to-day life.

Anyone has the ability to become a statistician, even with a math learning disability like dyscalculia. Everybody can be a “math person” and it’s up to us to change the narrative we tell ourselves about math. We influence the way our children and students view math and we need to remove the hurdles that dyscalculic children face when it comes to math learning.

🎲 Is multisensory math right for your child? 🎲

Need some help teaching math to your dyscalculic child? Our specialists are trained to work with dyslexia, dyscalculia, ADHD, math anxiety and other MLD.

Take our quiz to see if multisensory math is right for your family.

Take Me to the Quiz! 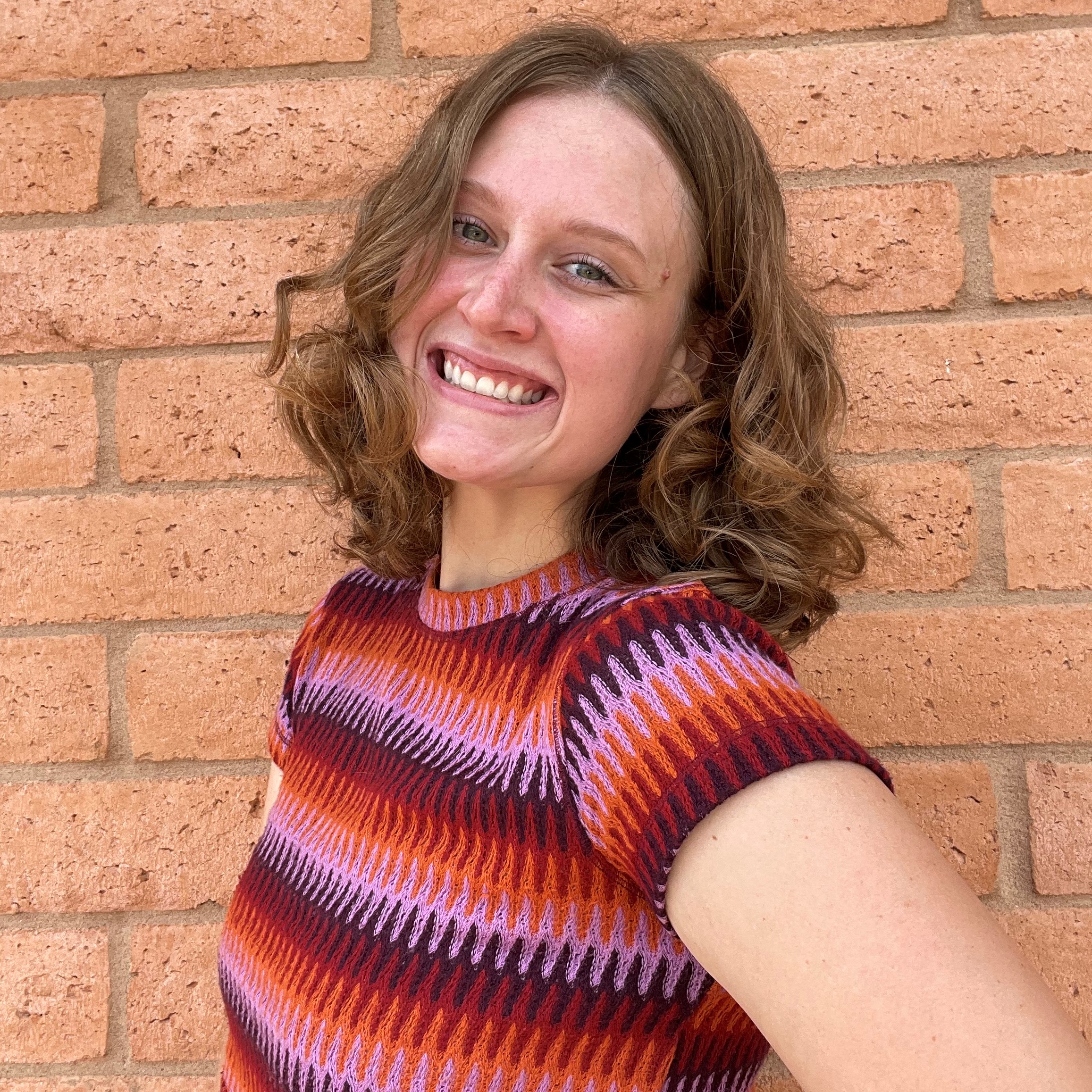 is our social media assistant and content creator here at Made for Math. Jennie loves being part of a company that is working to make mathematics accessible to children with dyscalculia.