Transformations on a Coordinate Plane you say?

When it comes to geometry homework, these three sentiments are completely understandable!

Would you like to transform your family’s relationship to math? Bet yet, not merely a geometrical, but a total transformation?

Math Specialist Brittany has the very best teaching on Transformations on a coordinate plane in today’s math lesson!

Because It is easy to get lost in all the vocabulary in geometry, today’s teaching is essential!

Preimage, rotation, translations, what?!? I can’t keep it all together!

This math lesson is a virtual transformer hug to you. Awww

In less than 13 minutes, real-life applications will include:

If your student is taking geometry, and if you feel stuck or confused, gather your youngling, click “Play” on today’s math lesson and check out the awesome topic of Transformations on a Coordinate Plane.

Transcript for Transformations on a Coordinate Plane

Transformations on a Coordinate Plane

Speaker 1 (00:01):
Hi everyone. This is Brittany with made for math. Thanks for joining me today. I’m going to be talking about transformations on a coordinate plane

Speaker 1 (00:14):
Thing we like to do here at made for math is break down the meaning of math vocabulary by using the root words or the prefixes and suffixes to help us better understand it. So when we think of the word transformations, I often think of transformers.

So what are transformers? Well, transformers are robots that can change in two vehicles or vice versa vehicles into robots. So what is the word transform mean? The word transform means to change. So when we’re talking about transformations on the coordinate plane, we’re talking about taking points or taking two dimensional shapes and changing their location on the coordinate plane. So we’re going to talk about three different types of transformations today.

Before we start another vocabulary word I want to address is pre-image. Well, what is the Prefix pre mean? Well, if we preheat our oven, that means we turn it on. It’s at a hundred degrees, but it’s not at the degrees. It needs to be at if we watch the previews at a movie theater. Well, those are,

Speaker 1 (01:50):
Advertisements that come on before the actual movie itself. If we’re preparing dinner, we might be chopping vegetables. We’re getting ready to actually make dinner. So pre means anything that we’re doing
before.

Okay. So now we’re going to talk about the first type of transformation, which is a translation. So the prefix trans, what are some other words that start with that same beginning? Well translate. We can translate from Spanish to English or from Chinese to English. What does that mean? Translucent? Well, we can see the light coming through the glass and then trans fusion. We can see here, the blood going into the person through the Ivy.

So trans means to move across came. We go, we go across or change languages. The light can move across or through is another good, um, synonym there through the glass. And then finally we have transfusion. The blood is moving through and across the eyes into the person’s system. So on a coordinate plane, what does that look like? Well, a translation on a coordinate plane simply means to move the shape or the point across the plane.

Speaker 1 (04:03):
So if I have, um, this little emoji here, I just recently got a new puppy, yellow lab and his name is ranger. So I’m going to call him point. Our, my puppy is point are on the coordinate plane. And if I want to translate him across my coordinate plane,

Speaker 1 (04:25):
I could move him any direction I want. So say I want to translate him three left one, two, three, and two down one, two. That was a translation. Cause I moved him across the coordinate plane. Now, remember how we talked about pre-image and image? Since this was the original image, this is the pre-image because this was the new image that I moved across the coordinate plane. We call this the image and in math, we often label the coordinate for that point with a little tick Mark like this. And that means prime. We read that point, Our prime.

Speaker 1 (05:21):
Okay. And that’s the new image. We could also take this same image and we could translate him down three, one, two, three, and write one. And then we could label this again, but this time we could use two little tick marks

Speaker 1 (05:44):
To show. He’s also a new image. So that’s translation to slide or move the image across the coordinate plane. That’s another way I often remember it is translation has that S L in it. And so does the word slide. Okay. So now we’re going to talk about rotations. Well, rotate is a pretty common word. I often think about rotating and bouncing my tires. So what does that mean? Well, the actual root word for rotation, it’s a root word from Latin and it means to turn about in a circle. So on a coordinate plane, what does that look like?

Speaker 1 (07:56):
And then if we rotate him again, another 90 degrees clockwise, you can see where we end up again. Now we’re at negative two, negative two. And then again, that’s going to be 91 80. Oh. I took my tree with me. That’s 270. And then all the way back around is 360 degrees a full circle. So you can see again, why it’s called circle or to rotate about a circles because I went in a full circle here.

So we went one rotation, which was 90 degrees. And then we went two rotations, which was one 83 rotations, two 70, and then all the way back around was 360 degrees. Okay. So that’s rotation. And for rotations, we always have a point of rotation in this case, it was the origin. All right. One more type of transformation. I’m going to talk about today and that’s a reflection.

Speaker 1 (09:25):
So what does the word reflect mean? Well, when you break it apart, it has to, um, pre a prefix and a root word here that helps us re which means back and flat, which means to bend. So if we put that together, it means just been something back. K often students learn about this in science, that light can bounce off. And that’s why we see our reflection, for example, in a, in a mirror. So mirror think about your mirror image. That is a reflection. So what does that look like on a coordinate plane?

Well, I often also think of these two letters here in the middle F L because another word that is a generic term for reflection is a flip. So if ranger here is on the coordinate plane, we could flip him for example, over the X axis, or I could flip him over the Y axis.

Speaker 1 (10:30):
So if we flip him over the X axis, what would that look like? Well, I’m going to take him. And if I actually flip him this direction, he’s going to land well, you can see he’s one, two boxes away from the y-axis. So he’s going to land two boxes away from the wax is on this side and you can see, it looks like Rangers looking in the mirror. And so this would be, see, even my are, I need to flip, and this would be my R prime. And then if we take ranger, we could also flip him over the x-axis. So flip them this way.

There is one other type of transformation called a dilation, but I’ll cover that in another video. Now what’s is common about all three of these transformations? Well, they all produce what we call congruent images. So congruent comes from also a Latin root word that you see here, which means to agree or correspond with. So when we’re talking about congruent images in math, we’re talking about images that have the same size and same shape.

So no matter whether I translate, rotate or reflect my pre-image, it is going to remain the same size and same shape as the pre-image or as their original. Well, thank you for joining me today. I hope you found this video helpful on Transformations on a Coordinate Plane. If you are interested in learning more about multisensory math, please check out our website@madeformath.com. Have a great day.

Matthew is a Blue Belt in Shotokan Karate, a happy husband, wilderness lover, drummer, and a voracious reader! He works with students one:one as well as in group classes. 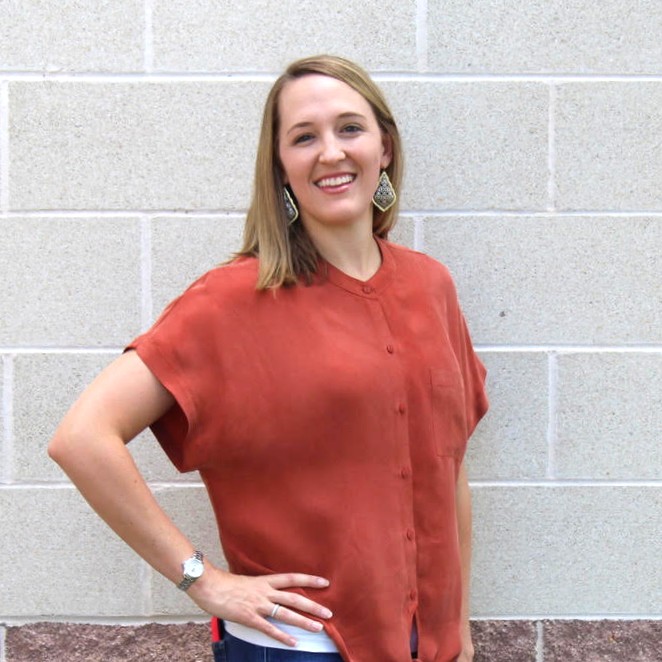 Brittany is a certified teacher with 12 years experience teaching mathematics. She loves the outdoors, is an avid sports fan, and doesn’t discriminate of sweets of any kind. She works with students one:one as well in group classes.