How to find the volume: 2 EASY steps (+Freebie)

It was early March 2020 when Brittany (my wife) emphatically said, “Today, I’m getting Bunnies!!!” This wasn’t the ordinary “Bunny-itis” I was accustomed to as a father of three. No. This was a unique and powerful strand of “Give me bunny’s or give me death!”—a tidal wave of resolution.

I didn’t stand a chance.

Now that I think about it, Brittany was following a deep intuition. A week later, the country would shut down, and the incredible quarantine would begin. Synchronicity?

The other thing that comes to mind is the mathematical concept of VOLUME! More on that later!

Back to that fateful day in March. 5 hours and $400 later, we were the “parents” of Stormy and Oreo (dwarf bunnies) and a snake named Leopard.

The bunnies were the perfect fit for our living room, and apparently, we weren’t the only family joining the bunny bandwagon. My children created BUNNY-TOPIA, with:

Thanks to Amazon and Target boxes. This comes so naturally to children. They quickly lose themselves in creative tasks, and our Living room became the Disney World of all bunnies. This is where the concept of volume comes into play. Differing cardboard boxes had different volumes, amounts of space.

What isn’t so natural to some of our kids is the quarantining feel of Volume. What is it? How do I solve it? and Why do I need to know it?

Volume matters. No, I don’t have to expect my students to appreciate all the ways they’ll use Volume in the future.

However, I can give them the fun, thoughtfully-paced, visual instruction that Amy demonstrates in today’s lesson. Less than five minutes and with a freebie. Her straightforward, “The amount of space in an object” is a clear and concise definition of Volume.

Our kids are capable learners whose differences are strengths and not deficits. Our students are MADE FOR MATH.

Matthew is a Blue Belt in Shotokan Karate, a happy husband, wilderness lover, drummer, and a voracious reader! He works with students one:one as well as in group classes. 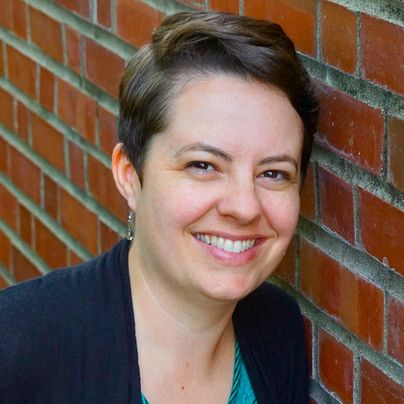 my is a certified teacher with a Masters in Educatioon and a Bachelor of Arts.  She enjoys photographing the Pacific Northwest landscapes, walking her dog, rock climbing and searching for humpback whales. She works with students one:one as well in group classes.